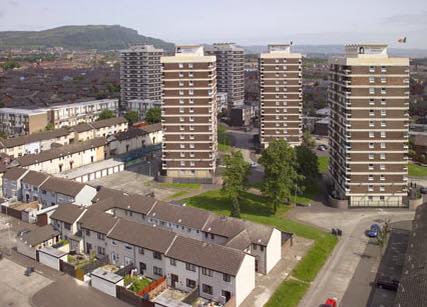 POLICE have dealt a huge blow to dissident republican terrorists plotting murder and mayhem on the streets.

Lives of security force personnel have been saved after cops seized one and a half kilograms of suspected Semtex-H plastic explosive during a planned search of a block of flats in north Belfast.

The PSNI say it was discovered at Maeve House in the New Lodge area on Monday after a report from a “member of the public”.

Army Technical Officers were called to the scene and the suspected explosives taken away.

The explosives are said to be enough to make three under-car booby-trap bombs.

Detective Inspector Stuart Griffin of the PSNI’s Serious Crime Branch said considerable inconvenience had been caused to residents and he thanked them for their co-operation.

“Thankfully these suspected explosives are no longer in the public domain,” he added.

The find comes two years after a similar discovery at Maeve House.

On April 30, 2014, police arrested a 47-year-old man after seizing a “significant” amount of high explosives from a flat at Maeve House.

Two and a half kilos of the explosive was found in a cupboard at the building in May 2014.

Deputy First Minister Martin McGuinness said he was “hugely relieved and delighted that these explosives have been recovered and made safe”.

“I’m disappointed but not surprised that there are still people within our society who believe that they have the right to attempt to point us all back to the past through attempts to kill people.”