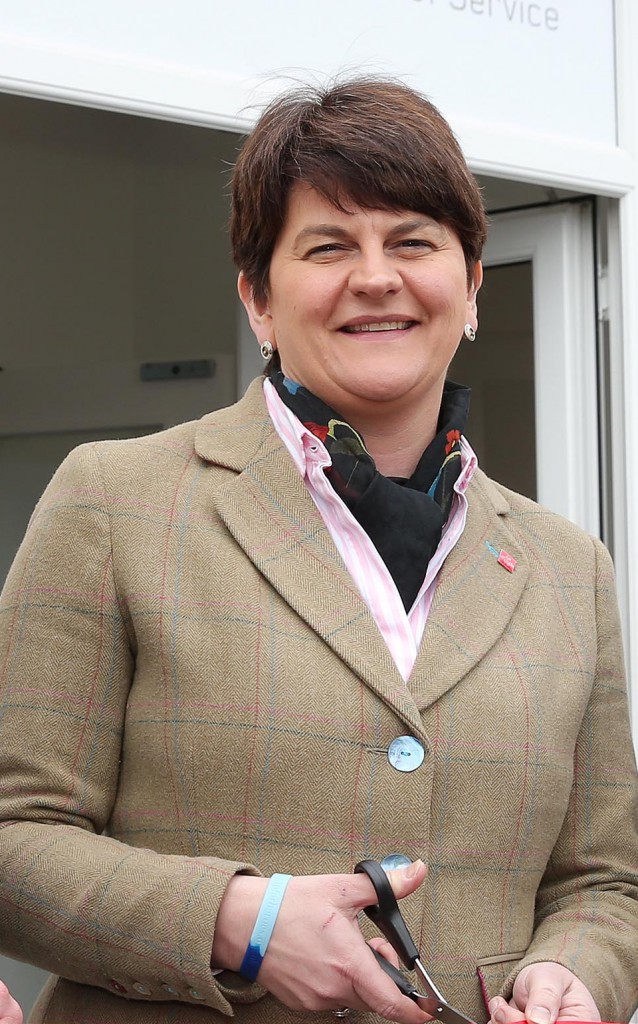 Arlene Foster takes over as First Minister of the NI Assembly

IT has been a changing of the guard at Stormont today.

Peter Robinson MLA has officially stepped down as First Minister of the Assembly.

Speaking ahead of taking over the reins, Mrs Foster said she has “enormous political shoes to fill”.

She describes it as a “daunting task” to follow Mr Robinson in both his roles as DUP leader and first minister.

Said Mrs Foster: “When the history of this time comes to be written, his leadership will define this period.”

TUV leader Jim Allister told the Assembly Peter Robinson had left behind a “legacy of terrorists in government” and a “dysfunctional” system.

However, he ended his statement by saying he wishes Peter Robinson and his family “many years of happy and healthy retirement”.