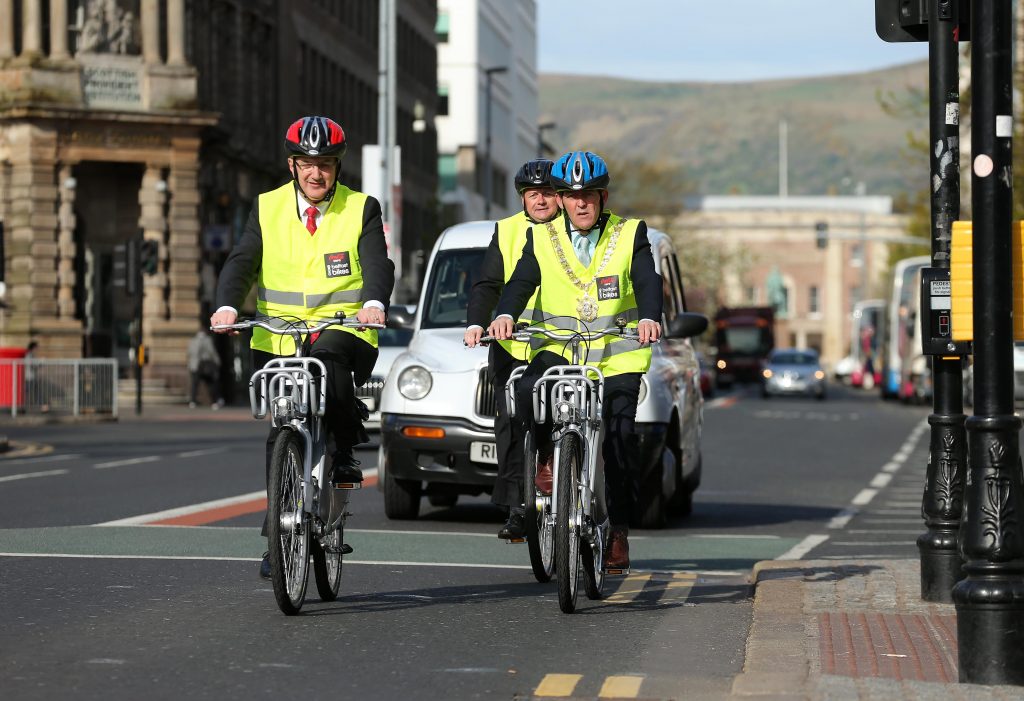 THE new public bike-share scheme for has been hit by problems on its first day.

Cyclists reported technical difficulties and helpline issues and at docking station there was a report of vandalism.

Almost 1,500 people have signed up for the scheme that was launched today, Monday April 27..

However, Belfast City Council and the firm that runs the scheme said teething problems had been resolved and it was now working well.

In a statement, Belfast City Council said: “We are aware of a few teething problems at a small number of stations, but these have been resolved and overall the scheme is working well and being well used.”

NSL, the company that operates the Belfast bike-share scheme said it “has got off to a fantastic start but we have identified a few day one technical issues, which our technicians are now working on”.

“A cyclist reported that a bike wouldn’t release from the Cromac Street docking station – we are looking into this,” the firm said.

The NSL statement added that a bike terminal at Central Station/Stewart Street “is currently out of order due to vandalism”.

“We estimate it will be operational within three weeks.”

They also said that their customer helpline “is fully manned to ensure no-one is waiting too long to have their calls answered”.

The firm said it had several representatives “at various stations this morning to offer any assistance to cyclists”.

“We shall have more representatives at key stations tomorrow morning, who will be happy to assist with any bike-related issues.”

Three hundred bicycles are based at 30 docking stations around the city centre.

It will cost members £20 a year, while visitors and casual users can pay £5 to use them for three days.