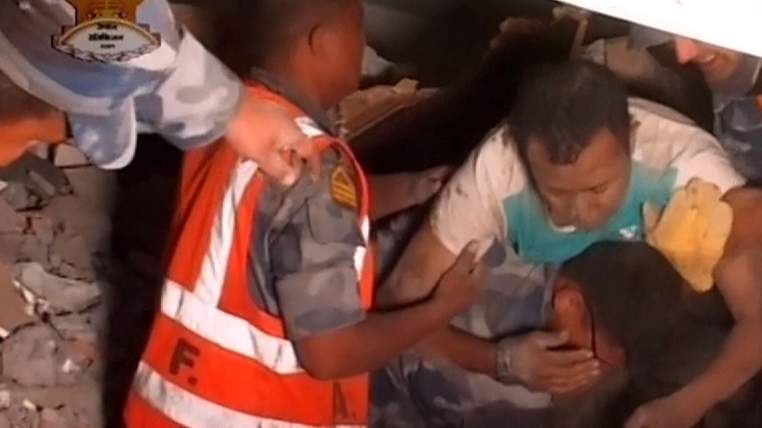 A NORTHERN Ireland trekking in Nepal has told of the devastation he witnessed after the country’s deadliest earthquake for more than 80 years claimed 2,000 lives.

Barry Torrens, from Portrush, said his party were crossing a river when the earthquake struck.

“We stepped onto the other river bank, they brought out their mobile phones – the lead guide and the second in command, their houses had been destroyed as quick as that.

“We made our way back to Kathmandu and it was just a scene of devastation the whole way through.”

The Co Antrim man said buildings they had been in earlier that day were gone when they returned to their hotel.

Rescue efforts are intensifying as volunteers and experts rush to the country to help in the wake of the death and destruction caused by the earthquake and this morning’s aftershock.

More than 1,900 people were killed after the 7.8 magnitude quake struck just before midday yesterday, sending tremors through the Kathmandu Valley and the nearby city of Pokhara.

The majority of fatalities were reported in Nepal, with deaths also being confirmed in India, Tibet, Bangladesh and the Nepal-China border.