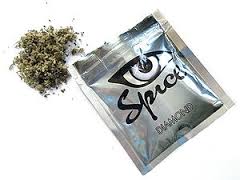 A number of people have been admitted to hospital in Northern Ireland after smoking synthetic cannabis.

The alarm has been raised by the Public Health Agency (PHA) after it received reports of people experiencing unpleasant and potentially dangerous side effects.

The PHA said it was using its early warning system to raise awareness of the risks.

Its advice is simple: anyone feels unwell after taking these drugs should seek medical help.

PHA Owen O’Neill urged people not to take risks with their health.

“Synthetic cannabinoids are chemicals that are made to act like the active part of cannabis using a substance called tetrahydrocannabinol (THC),” he said.

The PHA said it had received reports of users experiencing a range of very unpleasant symptoms including:

“While some more recently developed synthetic cannabinoids are legal to sell, it is illegal to sell them for human consumption and many have been banned under the Misuse of Drugs Act.

Mr O’Neill said 107 different synthetic cannabinoids had been identified across Europe, and the potency was hugely variable.

“While some more recently developed synthetic cannabinoids are legal to sell, it is illegal to sell them for human consumption and many have been banned under the Misuse of Drugs Act,” he said.

“They are often a lot stronger than cannabis and may even have completely different effects.

“The synthetic cannabinoids which have been noted in reports are most commonly named as ‘doob’, ‘sky high’/ ‘sky blue’ / ‘blue sky’.

“People may experience acute mental and physical health problems when using synthetic cannabinoids as they have assumed that the dose to be taken is similar to that of cannabis, when the synthetic drug is actually much stronger.