TAXI DRIVER ROBBED AT THE POINT OF A CROSSBOW 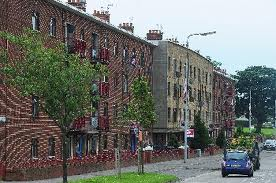 DETECTIVES in Newtownabbey are investigating a report of a robbery on the northern outskirts of Belfast.

It happened at Coolderry Gardens in the Rathcoole estate in the early hours of Monday 6th April.

Police received the report at around 2.15am, that a taxi driver had picked up a man at Templemore Street in East Belfast who had asked to be driven to Rathcoole Estate.

When he arrived at Coolderry Gardens, the man produced a crossbow from a plastic bag he was carrying and demanded money from the driver.

A sum of cash was handed over and the man made off on foot from the scene.

He was described as being around 6’ tall, of thin build with short dark hair and stubble.

The driver was uninjured but left badly shaken following the incident.

Inspector Paul McCarron has appealed for anyone with any information to contact detectives at CID in Newtownabbey on 101.