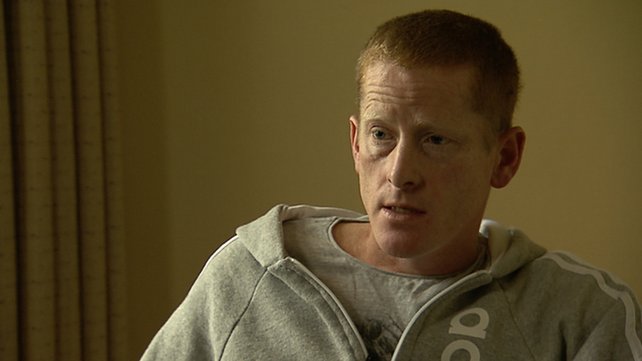 SINN Fein is further on the ropes this evening as the Paudie McGahon rape story gathers further political momentum.

Mr McGahon has said that Sinn Féin and the IRA knew the senior Provo who raped him when he was 17 had also abused a child who was several years younger.

And an Irish government minister also weighed into the debate saying Sinn Fein had carried out its own investigations and found 100 cases of sexual abuse.

Mr McGahon says that although Sinn Féin representatives told him he could go to gardaí in 2009 they also told him that this could set back the recovery of the younger victim.

He says that in 2009 Sinn Féin knew that the man was living in Co Louth and posed a risk to children but did not go to gardaí.

He has called on families who used to provide safe houses for IRA members to go their children to ask them if they had been abused and to tell them not to be afraid to come forward.

He says he knows there are other victims because the IRA told him that the man who abused him also abused others in other places.

Mr McGahon also says that he believes Sinn Féin leader Gerry Adams could find out the location of his alleged abuser because if then Sinn Féin TD Arthur Morgan knew that the man was back in the country in 2009 then Mr Adams would be able to find him now.

In a statement this afternoon Mr Adam encouraged victims of sexual abuse to come forward and seek justice.

He said any victim who comes forward will have the full support of his party.

Minister for Education Jan O’Sullivan earlier told the Dáil that it is her understanding that Sinn Féin conducted an investigation into abuse and there are about 100 cases.

Mr Adams has refuted this allegation, saying that “would be totally inappropriate and could jeopardise a successful prosecution.”

Mr Adams denied that his party is holding back information.

Speaking during Leaders Questions, Fianna Fáil leader Micheál Martin called for a commission of inquiry to look at the allegations of abuse and also those involved in the cover-up of such allegations.

She said it was the function of gardaí to investigate such allegations.

Ms McDonald earlier said that she is as disturbed and upset as anybody else in connection with Paudie McGahon’s abuse allegations.

Ms McDonald told RTÉ’s Today with Sean O’Rourke, that the only thing that she can say is that gardaí are best placed to adjudicate what happened.

She said that everybody needs to cooperate with the garda investigation and that Sinn Féin leader Gerry Adams has made it very clear that he will bring forward any information he has.

Ms McDonald said that she respects the integrity of Mr McGahon’s story, but that she is not in possession of all of the information and cannot make a judgement call, saying that it is not her function, or appropriate role.

She said that Mr McGahon’s alleged abuser needs to face the full rigours of the law and she urged anyone with information on the case to co-operate fully with gardaí.

She appealed to any other victims of abuse to come forward.

Speaking on the same programme, Maíria Cahill said Mr Adams is wrong in his assertion that it is the responsibility of an adult victim to go gardaí with allegations of sexual abuse.

Ms Cahill said that you do not need to have a victim to report a suspected abuser to the authorities.

She said she herself had given the names of around 35 alleged abusers to gardaí.

She said: “This is the third case now in the public domain where Gerry Adams has been aware of serious allegations of sexual abuse and he hasn’t reported those himself immediately to the relevant authorities.

“We know in Aine Adams [case] he says that his brother confessed to him in 2000; he didn’t report it.

“The third case in the public domain and why are people not putting him under more scrutiny in relation to this.”

She said she wished that Mr Adams or someone else had reported her alleged abuser as she was too frightened to do so and it would have saved her a number of suicide attempts.

Ms Cahill said she found it very disturbing and distressing that good people within Sinn Féin were not breaking ranks on this issue and not challenging their leadership.

She said Sinn Féin needed to admit that its members facilitated the operation of “kangaroo courts”.

Ms Cahill said she believes there may be around 60 victims of sexual abuse by IRA members, given that perpetrators rarely abuse just one child.