END OF THE LINE FOR HEART SURGERIES FOR CHILDREN IN NI 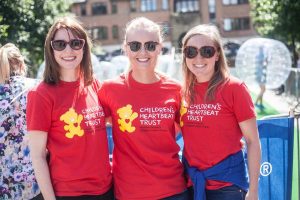 Supporters had campaigned to keep children’s heart surgeries in Belfast

It means the service at Belfast’s Royal Victoria Hospital in west Belfast will end within the next two years.

The move had been on the cards following a series of expert reviews saying it was unsustainable to retain the free service in Belfast.

The reviews said too few operations were being performed at the RVH to meet international heart surgery standards.

Mr Wells had already signalled his support for the proposal last October, and children from Northern Ireland have been travelling to Dublin for heart surgery for some months.

In a statement to the Assembly today, Mr Wells said: “While I fully understand the concerns expressed about the ending of surgery in Belfast, we really had to accept this given the overwhelming clinical evidence that we simply do not have sufficient numbers of patients to meet the very rigorous international standards required for the treatment of this condition.”

Following a public consultation on the issue, Mr Wells has now published a cross-border document setting out guidelines for the new all-Ireland service.

The guidelines set out the framework for the establishment of a single congenital heart disease network across the island of Ireland, as recommended by the International Working Group (IWG) on Congenital Cardiac Services.

“The model proposed by the IWG means that these children will have their surgery in Dublin within a reasonable travelling distance from their homes with their pre and post operative care being delivered in Belfast.”

The new arrangements are to be phased in over the next 15 to 18 months.

During the transitional period, health authorities will build up extra capacity and staffing levels at Our Lady’s Children’s Hospital, Crumlin, County Dublin, to accommodate the demand from Northern Ireland patients.