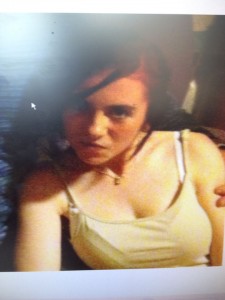 A teenage girl has posted a Facebook message for the attention of the PSNI saying she wasn’t missing at all.

Police issued an appeal on Thursday and said they were becoming increasingly concerned for the welfare of the missing 16-year-old girl.

Lesley Ann Dodds, and not Dowds as police said initially, had been last seen in the Bawnmore Road area of south Belfast on Tuesday evening.

The police issued an appeal on the Ards PSNI Facebook page.

But in a comment in the teenager’s name immediately below the appeal, she told them to leave her alone and described those looking for her as “headers”.

“Everyone knows, they are just being d***s.

“Now stop harassing me and leave me alone ya headers.”

Within hours she was found and brought home safely.

On Friday morning police issued a statement to confirm that Lesley Ann had been found.

In a statement a spokeswoman said: “Police would like to thank everyone for their help.”