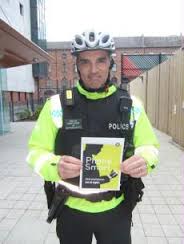 POLICE are vowing to crackdown on juvenile crowds gathering in Belfast City Centre for arranged fights.

Last weekend PSNI officers intervened to stop large gangs of teenagers who had gathered to fight in the city centre.

On Saturday night, police said a crowd of about 100 people who “appeared to be gathering for a fight” moved from Oxford Street to Castle Place.

Two boys aged 15 and 16 were arrested on suspicion of riotous behaviour and criminal damage to a vehicle.

The previous night, two girls aged 14 and 15 were cautioned following a report of a fight on Rosemary Street.

The trouble started shortly before 10.45 pm on Friday night, when police received a report that a large group of youths had gathered in Royal Avenue, the city’s main shopping area.

A police spokesperson said individuals were reportedly “squaring up” to each other, before the crowd moved and a fight was reported on Rosemary Street.

Two girls aged 14 and 15 were cautioned on Friday night for disorderly behaviour.

Police spoke to their parents and the pair were referred to social services and youth diversion officers.

The following night, officers were deployed to the city centre shortly before 10.30 pm over reports of a 100-strong crowd gathering for a fight.

During the incident, a vehicle was damaged in Castle Street.

Two boys aged 15 and 16 were arrested. The 15-year-old has been reported to the Public Prosecution Service.

City centre police boss Chief Inspector Robert Murdie urged parents to “make sure they know where their children are”.

“Getting caught up in this type of criminal behaviour can result in a criminal record which is damaging to a young person’s future,” he said.