HARLAND AND WOLFF TITANIC HQ TO BE TURNED INTO BOUTIQUE HOTEL 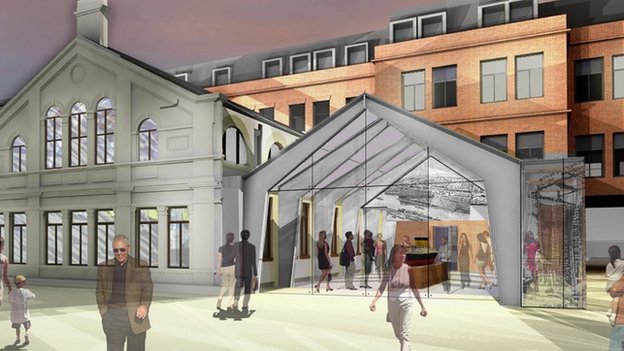 A £4.9m lottery grant has been awarded to help convert the building where the Titanic liner was designed at Belfast’s Harland and Wolff shipyard into an 84-room boutique hotel.

The H & W headquarters building and drawing offices on Queen’s Island – which has been empty for over 25 years – was the hub where more than 1,000 ships including the Olympic, Titanic, Britannic and HMS Belfast were planned.

The Heritage Lottery Fund provided the grant to restore the listed building.

It said the restoration had the potential to create more than 100 jobs.

The Heritage Lottery Fund (HLF) said the grant would focus on developing the two drawing offices as spaces for public use.

It said the boutique hotel would also tell the story of Belfast’s industrial heritage.

Paul Mullan, head of HLF Northern Ireland, said the “exciting project” would see one of Belfast’s most historic buildings reborn as a “major tourist destination”.

“This, like many of the city’s historic buildings, has incredible potential to act as a driver of regeneration and economic growth,” he added.

Kerrie Sweeney, chief executive of Titanic Foundation, said that with HLF’s support, it would “safeguard the drawing offices for future generations and unlock the commercial potential of the entire building as a boutique hotel with heritage at its core”.