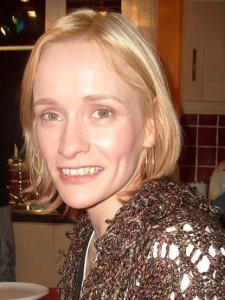 DETECTIVES have released unconditionally a 44-year-old man arrested on suspicion of the murder of Charlotte Murray.

The Co Tyrone woman was reported missing nearly two years ago but has never been found.

The 34-year-old from Omagh, but who had been living in Moy, was reported missing in May 2013.

However, she had not been in contact with family or friends since October or November 2012.

In a major development on Tuesday, senior police announced that they were now treating her death as a murder probe.

As part of the investigation, detectives from the PSNI’s Major Investigation Team arrested a man Co Antrim the same day and he was taken to the PACe suite at the local police station.

Police issued a renewed appeal for anyone with information about her disappearance to contact them.

The senior investigating officer, Det Ch Insp Gareth Talbot, said: “Police enquiries over nearly two years give us grounds to believe that Charlotte may have been murdered.

“I am appealing to anyone who thinks they may have seen or spoken to Charlotte at any time since October or November 2012 to contact police.

“I appeal to anyone who knows where Charlotte is now or what might have happened to her.

“This is a heartbreaking time for her family and we need you to contact police for Charlotte’s sake and for the sake of her family.”