NORTHERN IRELAND IS TOTALLY MUD FOR IT! 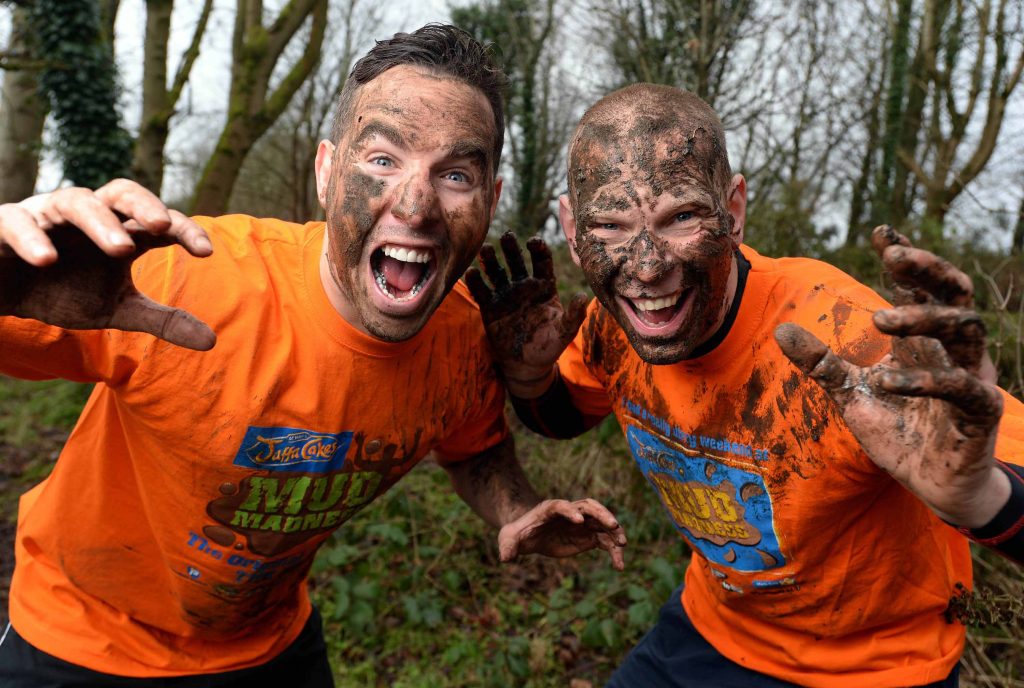 NORTHERN Ireland’s muckiest and best off-road challenge is back, much to the delight of the hundreds of people that have signed up to get down and dirty for charity.

McVitie’s Jaffa Cakes Mud Madness is taking place on Sunday April 19 at Foymore Lodge in Portadown, with two races on the day at 11am and 2pm, giving one thousand wacky participants the chance to belly-flop their way across four and a half miles of bogs and ponds, under cargo nets and through water sprays and muddy trenches.

What’s more, rugby legend Paddy Wallace will kick off the event when he helps to get the morning crowd warmed up.

Marie Curie Cancer Care is the official charity partner of the event, which is now in its seventh year, and to date competitors have raised almost £112,000 which equates to 5,500 hours of nursing care.

Event organiser Johnny Davis said: “We are delighted with the continued success of McVitie’s Jaffa Cakes Mud Madness which attracts people from as far away as the United States of America and Germany. It is Northern Ireland’s most unique event which gives people the chance to get mucked up to the eye balls and challenge themselves to four and a half miles of sheer determination through the muckiest fields, bog and ponds in the country.

“It is fantastic to see how hundreds of people have embraced McVitie’s Jaffa Cakes Mud Madness and every year we see people returning for more fun,” Johnny added.

“McVitie’s Jaffa Cakes Mud Madness is a fantastic event for people wanting to give themselves the ultimate challenge of getting the heart racing in the great outdoors with plenty of bogs, muddy trenches and water sprays to look forward to. We will be on hand with Jaffa Cakes to keep energy levels up throughout the mucky festivities and with only one gram of fat per biscuit they are the perfect partner for the event.

“In addition to having a fun day out it provides people with a great opportunity to raise some much needed funds for our charity partner Marie Curie Cancer Care and I am thrilled to say competitors have raised almost £112,000 during the seven years we have been supporting the event,” Tim added.

Suzy McIlveen Marie Curie Cancer Care’s partnership manager said: “Marie Curie is always delighted to get ‘very muddy’ in partnership with McVitie’s Jaffa Cakes Mud Madness and this year is no exception! Participants of this iconic event have already supported a phenomenal 5,550 hours of Marie Curie Nursing locally, both at the Marie Curie Hospice Belfast and in homes right across Northern Ireland.

McVitie’s Jaffa Cakes Mud Madness 2015 will take place at Foymore Lodge in Portadown on Sunday April 19. Prizes will be awarded to the first, second and third male and female individuals and the winning teams.  There is also a prize for the best fancy dress costume and spot prizes.