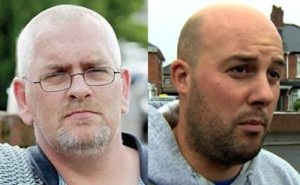 Republican Network for Unity (RNU) and the Greater Ardoyne Residents Collective (GARC), said on Friday night that Meehan had been expelled for attempting to encourage loyalists to smear Dee Fennell, the GARC chairperson.

In a hard-hitting statement, the organisation claimed it had evidence that Meehan had sent private messages to a well-connected loyalist in regard to a potentially controversial comments about armed actions made by Mr Fennell.

One of the messages allegedly sent by Meehan describes Fennell as being “hated in Ardoyne and needs took down a peg or two. You should expose him.”

GARC said Meehan had been offered an opportunity to refute the claims last weekend by opening access to the messages on his computer account, but he had refused.

“The activities of Martin Og Meehan were intended to undermine the integrity of our chairperson, committee, residents and the valuable work we do. They were an attempt to cause division from within,” they claimed.

“Along with those he collaborated with, he has failed.

“Martin Og Meehan is tonight isolated and alone, found guilty of collaborating and colluding with loyalists, after passing information to them about a respected republican and community activist.”

In a statement, the Republican Network for Unity also said Meehan had been dismissed with immediate effect “for a serious breach of the Code of Conduct”.

Both GARC and the RNU have said they will make no further statements on the matter.