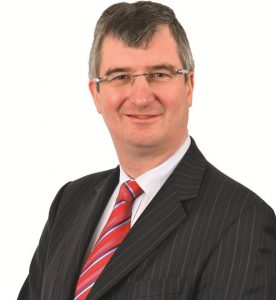 THE UUP’s Justice spokesman said he is disgusted that pensioners in Northern Ireland are being treated worse that prisoners.

Tom Elliott MLA said convicted prisoners will receive three meals a day whilst many pensioners will be compelled to receive 14 frozen meals every fortnight, rather than a daily service.

It follows changes to the meals on wheels service by the Southern Health Trust.

Said Mr Elliott: “Can you imagine the outrage if prisoners were served frozen foods and asked to heat their own meals?

“However that is exactly what is now being asked of some of the most vulnerable in our society.

“And on top of this we must remember that the average cost to provide meals for a prisoner for one day is approximately £3.00 whilst the costs for an elderly person are around £1.50.

“I know that many elderly people welcomed the fact that a person called each day.

“The proposed move will isolate elderly people even more, and the present Transforming Your Care process which is aimed at providing appropriate care in their own homes is simply not delivering when it comes to addressing the needs of growing older population.

“According to the Compton Review, in the future there will be few, if any residential homes for the elderly, and this will put even further demand on the meals on wheels service.

“These are challenges which must be addressed. It is particularly offensive that our elderly should be treated as second class citizens to the prison population,” he added.