NEW NAME FOR NI TOURIST BOARD 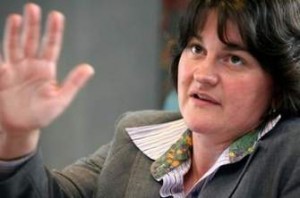 ENTERPRISE Minister Arlene Foster has announced that the Northern Ireland Tourist Board is be renamed following a review.

It will also have a new chairman and chief executive as part of its re-branding.

A review of NITB made a total of 33 recommendations.

These included closer alignment with Invest NI and even shared office space.

Ms Foster told the Assembly: “Tourism Northern Ireland will have a much greater presence at local level, developing strong relationships and increasing its knowledge of the needs of local tourism partners.”

Alan Clarke left the board last year as chief executive and hotelier Howard Hastings will conclude his term as chairman in the near future.

Mr Hastings said: “I am confident that as my time as NITB chairman concludes, and I prepare to hand over the reins, the prospects for tourism here have never looked better,” he said.

Tourism NI will promote the region locally and across the border.