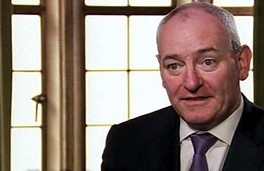 SDLP MP Mark Durkan has condemned those responsible for discharging a gun inside a pub at the weekend.

The Foyle MP said those behind the shooting in Derry’s Telstar Bar were attempting to exercise control over the city.

Mr Durkan said: “People in Creggan and throughout this city are shocked, disgusted and outraged at this attack.

“It is no thanks to those responsible that we are not talking about the serious injury of patrons of the bar or worse.

“Those responsible have no regard for anyone except their own warped and violent egos.

“It is important that anyone with information relating to this incident passes it on to the PSNI.”

Patrons chased the terror gang who fired a shot inside the pub – and one outside the bar.