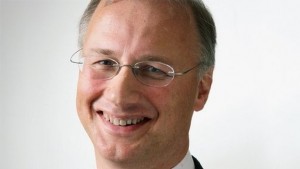 A TOP NIO civil servant who was caught up in a row over links between the Government and media giant News Corp is to be quizzed today by MPs probing an IRA ‘on-the-runs’ scheme.

Sir Jonathan Stephens is currently the permanent secretary at the Northern Ireland Office.

However, cross-party MPs on the Northern Ireland Affairs Committee will grill him this afternoon about what he knew about the scheme while at the NIO in the late 1990s.

Mr Stephens, 54, joined the civil service in 1983 and spent the next 17 years climbing the up ladder of the NIO with varying roles in many different departments.

The scheme first came to light in 1999 when the then Secretary of State Mo Mowlam asked the Attorney General Lord Morris to review the case of an IRA terrorist wanted by the RUC.

The full scale of the scheme only came to light in February this year at the collapse of the trial of Donegal fisherman John Downey at the Old Bailey in London where he was awaiting trial over the Hyde Park bombings in 1982.

It emerged Downey had received a letter from the NIO saying he was not wanted by police for any terrorist offences.

Sir Jonathan left the NIO in 2000 and moved to London working in senior positions within a number of government departments before ending up in the Department of Culture, Arts and Media.

In April 2012 Sir Jonathan Stephens declined to back then Culture Secretary Jeremy Hunt’s account of his dealings with the Murdoch empire while being questioned by MPs. At the time the Murdoch company was trying to take control of BSkyB.

He said the adviser’s role as a point of contact for News Corp had been agreed with Sir Jonathan, then his Permanent Secretary.

But Sir Jonathan repeatedly declined to confirm this to the Public Accounts Committee. It led to accusations of stonewalling.

Sir Jonathan was replaced at the Department for Culture, Media and Sport in 2013, after delivering the London Olympics.

He was then appointed permanent secretary at the Northern Ireland Office.