40 YEARS ON, BODY OF SOLDIER MURDER VICTIM TO BE EXHUMED 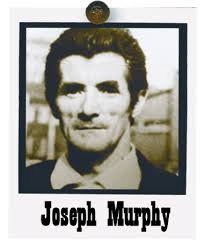 A Belfast coroner has ordered that the body of a man, killed by British paratroopers in Belfast 43 years ago, should be exhumed.

Joseph Murphy, a father of 12, was fatally injured in Ballymurphy in August 1971 and died in hospital 13 days later.

When visited by his family, Joseph Murphy claimed that he was shot a second time, by a soldier, into an open wound while in custody in a British Army barracks.

His family hopes that they may now be able to establish if this account is true, as a result of today’s intervention by Belfast coroner Jim Kitson,

Nine other people, including a woman and a priest, were killed by British Paratroopers in Ballymurphy during a 36 hour period.

David Cameron, the British Prime Minister, has resisted calls from families of the victims to carry out an inquiry into the deaths.

Coroner Jim Kitson said the family deserved the truth of what happened to their father after all these years and said he hoped the examination of his remains would bring them closure.