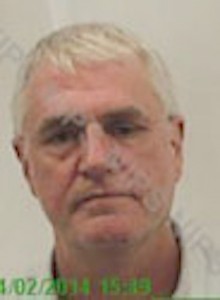 On The Run murderer William Sloan heading back to NI jail

A convicted murderer who went AWOL from jail is expected to be flown back Northern Ireland today.

William Sloan failed to return to the top security Maghaberry prison after being given temporary release last month.

The 51-year-old, who is originally from Dundonald, was jailed for the murder of James Hamilton, 39, at his home in Harrow Street in Belfast in 1989.

He handed himself in to police in Manchester yesterday, Saturday, December 13.

“We are pleased he has been returned to custody,” a spokesperson for the Northern Ireland Prison Service said.

“He will be returned to Maghaberry Prison as soon as possible.”

It is understood he will be flown back later today to Belfast International Airport and handed over to waiting PSNI detectives.

He will then be driven to Maghaberry jail in Co Antrim and back into the custody of the NI Prison Service.

Sloan could face possible jail disciplinary charges or may be hauled before a court for being unlawfully at large.