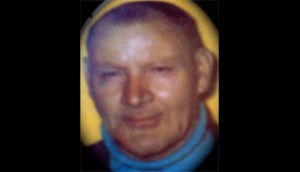 A POLICE Ombudsman investigation has found no evidence that police colluded to protect members of the IRA who murdered a father of eight in north Belfast in 1974.

However, Dr Michael Maguire did find there were failures in the RUC investigation into the shooting of Arthur Rafferty.

Mr Rafferty was lured out of a bar in north Belfast by two fellow deep sea dockers.

As they turned into a nearby street, a Provo hit man came out of a house and fired up to a dozen times into his back.

The Ombudsman found other failings including the destruction of a rifle used in the attack and the loss of a suspect’s interview notes.

Mr Rafferty was shot in August 1974 in Newington Street and died weeks later.

A member of Mr Rafferty’s family made a number of allegations to the Police Ombudsman’s Office that police colluded with the killers by failing to investigate the murder properly in order to protect police informants within the IRA.

The ombudsman substantiated part of the complaint that alleged there had been failures in the police investigation, which led to the destruction or loss of important evidence.

It found that police had not managed the crime scene properly, as it had not been cordoned off and evidence that could potentially be critical was not preserved or examined.

However, the ombudsman, Dr Michael Maguire, said there was no evidence these failures were an indication that police colluded with the killers.

“We have looked in great detail at all the available information and intelligence, both about the murder itself and about the various people family members thought were linked to it,” he said.

“We found no evidence that would indicate police knew about the planned attack beforehand and could have done something about it, or that anyone was protected from arrest or prosecution because they were a police informant.”