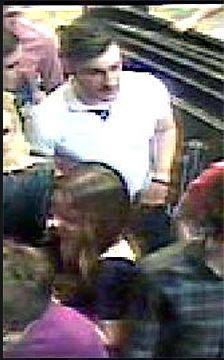 THE PSNI say detectives are keen to speak to this male to further enquiries into an assault a year ago.

The attack happened in the Queen’s Quay area of East Belfast on 04 December 2013.

The male, pictured right, or indeed anyone who may be able to identify him, is asked to contact officers at Musgrave station on 101.

In a bid to identify the man, police have circulated this photo province wide to all police officers.

And area commands have also posted the image on their Facebook pages in the hope someone will put a name to his face.

Information can also be provided to independent charity Crimestoppers by ringing 0800 555 111.