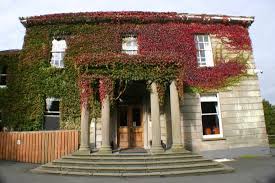 DETECTIVES from E District’s Tactical Crime Team have arrested a man in connection with a series of arson attacks in Banbridge.

The attacks are linked to a campaign of intimidation against the owners of a local hotel who banned drug dealers from its nightclub.

Detective Chief Inspector Stephen Wright explained: “Following the planned search of a property  in Ashleigh Crescent, Lurgan, this morning (20 November), a 49 year old man was arrested for 20 offences of conspiracy to commit arson and two offences of arson.

“He is currently assisting us with our enquiries.”

Last month, a court heard that the owners of a Co Down hotel had been subjected to a year-long campaign of arson and intimidation for barring suspected drug dealers from their nightclub.

Prosecutors claimed 17 cars have been set alight as part of alleged attempts to menace those running the Belmont Hotel in Banbridge.

Details emerged during a High Court bail application by a man accused of torching a vehicle in September.

Robert Foster (39) of Hillhead Gardens, Banbridge, faces one charge of arson and possession of Class B drugs.

He is alleged to have been involved in setting fire to a Ford Fiesta found burnt-out at Hillhead Walk in the town on September 24.

Another vehicle belonging to him was destroyed in a similar attack earlier last month, the court heard.

Mr Maguire claimed that since September last year a campaign has been directed at the owners of the Belmont, their relatives and staff.

* 12 incidents of graffiti involving the hotel;

* four incidents of criminal damage to the hotel;

Mr Maguire said police believe the owners have been targeted over their stance in denying nightclub admission to individuals suspected of supplying drugs.

Mr Foster is only accused of involvement in the September 24 arson attack.

He is alleged to have been identified buying firelighters from a shop in the town earlier that night.

Anonymous calls to Crimestoppers also form part of the case against him, according to the prosecution.

The court heard he claimed to have bought the firelighters for a barbeque.

It was further claimed that during searches of his home a small quantity of suspected Mephedrone was discovered.

Mr Foster’s bail application was adjourned due to issues over a suitable address and ongoing investigations.