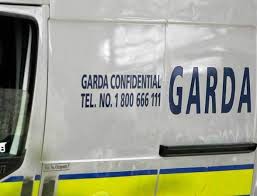 ANTI-TERROR cops in Dublin have seized four handguns and a shotgun in a raid linked to dissident republican terrorists.

The arms and a quantity of ammunition were found at a house in Church Road, East Wall, around 1.40 pm on Saturday.

A man in his 50s was arrested at the scene under the Offences Against the State Act.

He is being questioned at Mountjoy garda station in the city.

A police spokesman said the search was part of ongoing investigations into the activities of dissident republicans in the Dublin area.