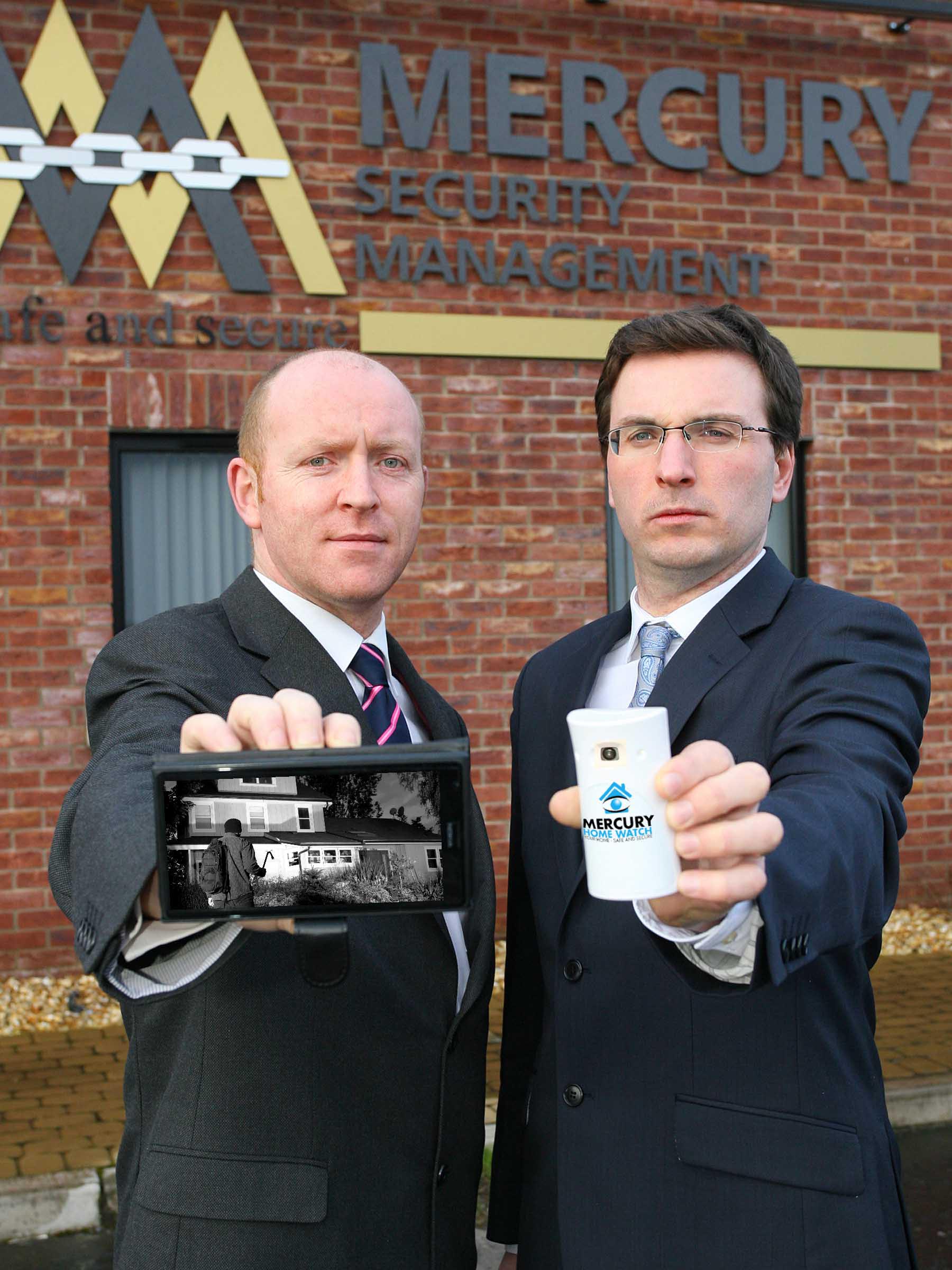 BURGLARS BEWARE: Mercury Security directors Francis Cullen (left) and Francis Cullen launch the companys new Mercury Home Watch system which it believes to be a potential solution to the serious problem of domestic burglary in Northern Ireland. The system, which does not require electricity or broadband, utilises a wireless security camera which detects intruders, triggers an alarm and instantly transmits a live visual feed to the residents smart phone or Mercurys monitoring centre. Once alerted, the recipient can immediately inform the police or engage the criminals verbally through a speaker system to warn them that the police are on their way. A PSNI report last year revealed that in the financial year 2012/13, there were a staggering 5,945* reported incidents of domestic burglary in Northern Ireland, which equates to a whopping 16.3 incidents per day or one incident every 88 minutes. For more information, including a free survey, home dwellers should call Mercury Security Management on 028 9262 0510 or email homewatch@mercurysecurity.biz.
* SOURCE: Trends in Police Recorded Crime in Northern Ireland 1998/99 to 2012/13 (Annual Bulletin published 05 July 2013)