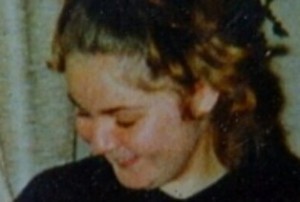 DETECTIVES say two mystery women who lived in a flat in Strabane may hold the key to who murdered Arlene Arkinson.

She disappeared after a night out in Bundoran.

In 2012, a derelict flat at Main Street in Castlederg was searched after new information became available to investigators.

The officer now leading the investigation, Detective Superintendent Karen Baxter, today disclosed that specimens of blood belonging to two women were found during the 2012 search.

D/Superintendent Baxter said: “These blood specimens belong to two different women. Tests have confirmed they are not from Arlene. But neither specimen has registered on the national DNA database.

“On the 20th anniversary of Arlene’s disappearance, I would ask that any woman who was in this flat, at 49a Main Street which has since been demolished, at any time to make contact with police. They have a story to tell and we want to hear it. Their assistance could be beneficial to the investigation.”

Officers will be conducting a number of land searches in various parts of Tyrone and other locations over the coming months.

In line with previous searches over the past number of years, this activity is designed to advance the ongoing police objectives of recovering Arlene’s remains and to progress the investigation.

The searches will be carried out by a small team assisted by dog handlers and body recovery dogs. Like previous searches, these will be conducted on a planned roll-out, depending on weather conditions, availability of resources and operational commitments.

D/Superintendent Baxter said: “This investigation will continue. It will be progressed as far as we can take it. Indeed, I can confirm that our enquiries have involved detectives interviewing a man in England.

“While we acknowledge the pain this causes to Arlene’s family, police alone cannot solve this case or find Arlene. It is only with the help of the public that the person responsible will be brought to justice and the Arkinson family will find any degree of comfort.

“Arlene’s family is being kept informed of these developments. We understand as much as we can their continuing grief and frustration.

“We will continue to do our utmost to bring this to a conclusion within an extremely complex investigative environment and diminishing opportunities. We would ask anyone with information to come forward.”