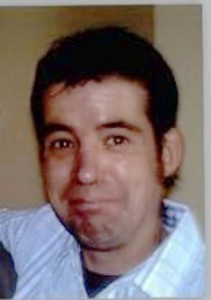 DETECTIVES from the PSNI’s Major Inquiry Team have charged two people with the murdering Owen Creaney.

His battered and bruised body was found dumped in a wheelie bin at the weekend.

A 23-year-old woman and a 27-year-old man have been charged with killing M Creaney, 40, from Victoria Place, Lurgan.

His remains were found in the porch of a house in Moyraverty Court, Craigavon, on Saturday, 5 July.

The two accused are due to appear at Craigavon Magistrates Court on Tuesday.

Police and forensic officers spent three days at the house looking for clues to the murder.

On Monday, a judge granted detectives a further period of detention to question the pair at the serious crime suite in Antrim.