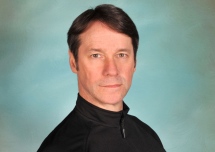 BELFAST born top Mark Gilmore has  been suspended by as chief constable of West Yorkshire Police.

The suspension follows “alleged criminal activity during his time in Northern Ireland” where he was an Assistant Chief Constable.

It is believed it relates to the use of a ‘free car’ supplied by Dungannon-based Donnelly Group motor vehicle supplier.

In a statement, the office of the Police and Crime Commissioner said: “This morning I suspended the chief constable of West Yorkshire, Mark Gilmore.

“The reason for this suspension is as a result of information I have received from the Police Service of Northern Ireland (PSNI) arising from an investigation announced by them earlier this week.

“I would like to stress that the suspension of the chief constable is a necessity in the public interest until the full facts have been established.

“I have also referred this matter to the Independent Police Complaints Commission (IPCC).

“I sincerely hope that the PSNI investigation is concluded quickly in a way that could allow me to lift the suspension and Mr Gilmore to return to his post and continue the vital work to ensure communities are safer and feel safer.

“I will be keeping the suspension under review as the PSNI investigation proceeds and in the meantime I have asked deputy chief constable, Dee Collins, to act up as chief constable for West Yorkshire.

“It would be inappropriate for me to make any further comments at this time.”

Mark Gilmore, who was brought up in the Shankill area of Belfast and attended the Boys Model School in Ballysillan, joined the RUC in 1983.

He later rose up the ranks and became and Assistant Chief Constable.

Last year he took over as Chief Constable of West Yorkshire Police after the former Chief Constable Norman Bettison resigned over his involvement in the Hillsborough football disaster.

This week the PSNI’s Serious Crime Branch arrested a total of seven people, including former Assistant Chief Constable Duncan McCausland as part of the probe.

He was released on Thursday night pending a report to the PPS.