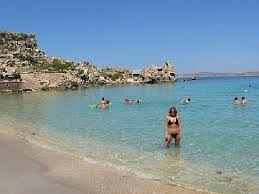 A MAN from south Belfast has drowned while on holiday in Malta.

He was Peter Cassidy, a 65-year-old father of three.

Mr was from Ava Crescent just off the Ormeau Road.

He got into difficulty while swimming in the Golden Bay area in the north west of the island on Thursday.

He was pulled from the water and airlifted to hospital by an army helicopter.

However Mr Cassidy was pronounced dead when he got there.