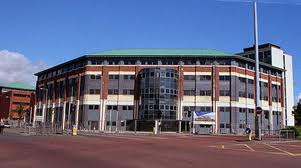 A STUDENT arrested over a knife attack at the Belfast Met college in Millfield has been released.

Detectives freed the teenager on Friday on police bail pending further inquiries. He had been treated in hospital on Thursday for non-life threatening injuries before being questioned.

Police say one male is currently in hospital in a critical condition in the Royal Victoria Hospital.

Paramedic crews and police raced to the scene on Thursday after the alarm was raised.

The stabbing is alleged to have happened in a toilet block and students said they noticed a “man lying on the ground” and a lot of blood around him.