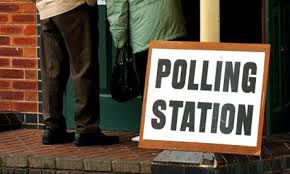 POLLS have just closed across Northern Ireland for the council and European elections.

Polling stations opened at 7 am and have now closed at 10 pm.

Voters were be given a yellow ballot paper council elections and a white one for the European elections.

The Electoral Office has warned the public they are not allowed to take selfies inside the polling stations.