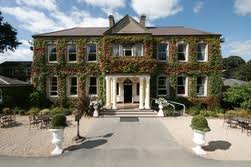 A man has appeared at the Special Criminal Court in Dublin this afternoon in connection with the discovery of a bomb at the weekend.

Samuel Devlin, 56, was arrested after the Irish Army’s bomb disposal team dismantled the device on the grounds of Finnstown House Hotel on Saturday night.

The bomb was discovered in a car on the grounds of the hotel in Lucan, Co Down on Saturday night and caused the evacuation of the hotel for several hours.

A short time later, a man in his 50s was arrested and today he was brought before the three-judge Special Criminal Court.

Police believe the bomb was destined for Northern Ireland.

Samuel Devlin, whose address was given as 144 Golf Suite, Finnstown House Hotel in Lucan was charged with membership of an unlawful organisation – the IRA – and possession of explosives commonly known as ‘PETN’.

The device was found in a northern-registered car after gardaí received a tip-off by phone.

Presiding judge Iseult O’Malley was told Mr. Devlin replied not guilty when the charges were put to him at Ronanstown garda station.

Representatives from the Director of Public Prosecutions (DPP) said Mr. Devlin declined to give his address twice, and eventually gave his date of birth.

He was remanded in custody and an application for legal aid was made.

The case has been adjourned and will be mentioned again in three weeks time.