THE heartbroken wife of Northern Ireland man Eoin McGrory killed in a hit and run incident in the US last week, has said she wants justice for her husband.

Eoin died when he was hit by a garbage truck in the Charlestown area of Boston on Thursday afternoon last.

The truck driver, Ricky Prezisoso, a father of three, has been charged with leaving the scene of an accident causing death.

He is denying the charge, claiming he thought he had hit a pothole.

However, Eoin’s wife of almost four months, Shanique, is refusing to accept Prezisoso’s account and says she wants “justice to be served.”

Speaking on Boston television, she said: “I loved my husband. He did not deserve to die this way.

“That’s not a good enough answer for me. I’m not agreeing with that.” 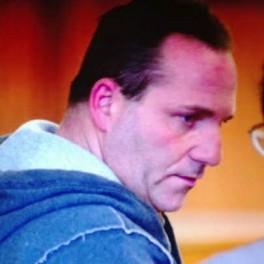 She added: “All I need is justice to be served. For my whole entire family, we are all mourning and I just need justice to be done.” she said.

Members of Eoin’s family are travelling to Boston from Shantallow in Derry to help with the funeral arrangements.

The youngest child of six (three boys and three girls) of John and Theresa, of Earhart Park (originally of Carrabane Walk, Shantallow), Eoin had been living and working in the construction industry in the US for the past 16 years and married Shanique only two days before last Christmas.

A keen cyclist, the former Steelstown Primary School and Carnhill High School pupil had won several prestigious competitions in Boston and was on a training run when the incident occurred.