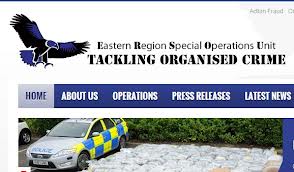 PSNI detectives have arrested a man in connection with the seizure of large quantity of Class A drugs.

The man was detained on behalf of the Eastern Region Special Operations Unit (ERSOU) in England.

ERSOU officers seized 15 kilos of suspected Class A drugs in Dover on 14 September 2013.

During their investigation the Special Operations Unit liaised with PSNI in relation to the whereabouts of a suspect.

Police in Newry conducted enquiries and arrested a 27 year old male in Crossmaglen on Sunday, 16 February.

The male was interviewed by officers from ERSOU and has been released on bail pending further enquiries.

Con Fleming, PSNI E District, said: “We hope this sends a clear message to criminals that there is no hiding place no matter where you offend.

“We will continue to work and support our colleagues in other police forces to create safer communities.”