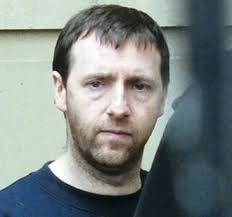 A 40-year-old dissident republican suspect man is to stand trial on a number of charges related to terrorism.

Barry Kevin Concannon, of Beechwood Avenue in Derry, was handcuffed to a prisoner officer when he appeared at a Preliminary Enquiry at Derry Magistrates Court.

He is further charged that between 25 and 28 October, 2012, he collected records of information and had documents of a kind likely to be useful to a person committing or preparing an act of terrorism.

One of the items is the Anarchist’s Cook Book and photos of Merseyside Police Headquarters in Liverpool.

Defence solicitor, Paddy McDermott, accepted an application from the prosecution that his client had a prima facie case to answer.

Stating the accused had a prima facie case to answer, Deputy District John Connolly remanded Concannon in custody to Belfast Crown Court on a date to be fixed.

His wife Lesley Concannon, who was originally jointly charged until the case against her was dropped, was in court for the hearing.