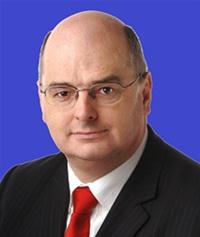 THE PSNI has launched an investigation after four cars were badly damaged in an arson attack in north Belfast.

Police were called following the incident on the Whitewell Road just before 10.30 om on Tuesday night.

Although the cars were torched, no-one was injured during the sectarian attack.

Police say they are treating the incidents as “hate crimes”.

During follow up inquiries, officers arrested a 36-year-old man in the area.

Local SDLP councillor Pat Convery said he was “shocked” at the attack which he condemned.

“From what I can gather, a number of cars have been attacked and set alight last night,” said councillor Convery.

“One family had to be helped to out of their home because one of the cars was in the driveway.

“I’m shocked that people in the local community, particularly people who are moving into the area, their neighbours, and somebody has taken it upon themselves to attack their property.”