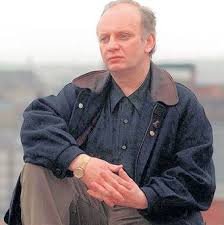 Using the latest forensic science techniques, the PSNI’s Serious Crime Branch has now found the clue from the 1999 murder scene.

They are hopeful the DNA link will lead them to the door of one of those involved in the brutal murder of Mr Collins, a former Customs officer.

And if they secure a conviction, the person would be jailed for life with a minimum tariff of 15 years behind bars as the murder was carried out after the Good Friday Agreement.

Eamon Collins, 45, was found beaten and stabbed to death on January 27, 1999 after first being deliberately struck by a car.

His body was found on a country road at Dorans Hill not far from his home in he Barcroft estate in Newry.

As a result of the DNA clue, excited detectives have issued a new appeal for information on the 15th anniversary of his murder.

They want information about the car used in the attack, a white Hyundai Pony, and a hunting knife, part of which was recovered from the murder scene.

Even though he never shot anyone, he provided information and set up assassinations over a six-year period along with recruiting new members.

After his arrest, however, he turned supergrass, the term used for those prepared to give evidence against former colleagues.

More than 40 suspects were arrested on his word and charged. 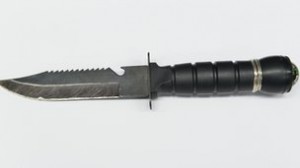 However, most were released after Eamon Collins had a change of heart.

“But he was a husband and a father and his life was taken in the most brutal and barbaric manner.

“We have a DNA profile from the scene, so we are not without hope that one of the killer gang will be identified through the course of police inquiries.

“We are also issuing a photo of a hunting knife similar to one used in the attack. We have recovered part of this knife.

“It is 15 years since Eamon Collins was murdered. Much has happened in the intervening years in terms of politics, policing and allegiances.

“I would appeal to anyone who can provide information about the knife, the car or those involved in this brutal killing to contact us.”