TWO MORE BELFAST PUBS WITH NO CHEER AS LICENCES EXPIRE 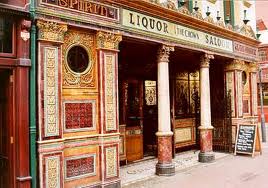 TWO pubs in east Belfast bars have had to shut their doors to the public afer their liquor licences expired.

The Great Eastern – known locally as the ‘Deeside’ – and the Cock and Hen bars have been forced to close as they have not renewed their licences.

The world famous Crown Bar in the Belfast’ Great Victoria Street has also been been shut after its licence expired in “an administrative oversight”.

However, the Birmingham-based tenants hope to have the issue resolved by next Friday at Belfast Magistrates’ Court

Colin Neill, chief executive of Pubs of Ulster, said: “We’ve seen three so far and I suppose I do expect more. We’ll be putting out an appeal to all licensees to double check (their licences).

“It could possibly be a sign of the recession where more publicans have been hands on in the last few years.

“Putting in 80 hours a week behind a bar and maybe paper work slips and maybe here we’re seeing the results.”