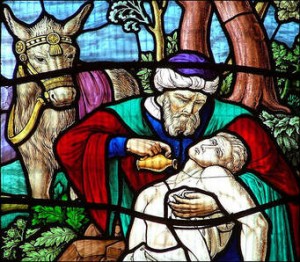 A Good Samaritan knocked unconscious and robbed in his own home

DETECTIVES are investigating after a ‘Good Samaritan’ who allowed a man into his home to shelter from bad weather was then knocked unconscious and robbed.

The man was set upon after the man he thought he was helping sought shelter in his Beechwood Crescent home in Derry on Saturday night last.

After the man was knocked out, the attacker then stole his mobile phone and a television.

A PSNI spokesperson said enquiries into the incident were continuing.

Anyone with information about the intruder or who noticed any suspicious activity is askd to ring detectives at Strand Road PSNI station on 0845 600 8000 or Crimestoppers on 0800 555 111.