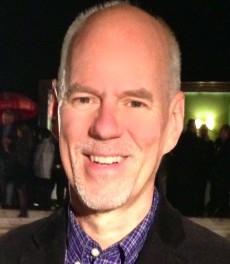 A leading American legal firm with A-List clients is considering setting up an office in the North West, it has been reported.

Last month, our sister site the Derry Daily reported a top US legal company was coming to the banks of the Foyle.

Now, legal industry magazine The Lawyer has reported SmithDehn was looking at the possibility of setting up an office in the city and creating 75 jobs over the next five years.

The company had representatives at the investment conference held in Belfast in October last.

The Lawyer reports the firm is involved in talks with Invest NI about potential financial support.

SmithDehn has already teamed up with the University of Ulster and one of its clients, HBO, to launch a media law course for legal graduates, the aim of which could be to train recruits for the possible new office.

It has also reported that the firm’s founding partner Russell Smith would relocate to Northern Ireland for a year if the project goes ahead.

Mr Smith has handled trials and/or appeals in dozens of federal and state courts across the US, including cases in New York, California, Illinois, Texas, Louisiana, Michigan, Mississippi and Ohio.

More recently, in non-litigation matters, he has been among the legal counsel of choice for the television and film production industries, representing broadcast networks, motion picture studios, and television/film production companies from Hollywood to New York, London, Dublin, and Mumbai.

Recently, he was among the defence counsel for claims against “Borat: Cultural Learnings of America for Make Benefit Glorious Nation of Kazakhstan,” “Da Ali G Show” and “Bruno” in which defeated the Doe v. HBO libel case in Los Angeles, both in the Superior Court and the California Court of Appeal, winning a victory for comedians and comedy writers.

He also has been counsel for “Death of a President,” the controversial film about the fictional assassination of then-President Bush.

Mr Smith was appointed counsel to the Bloody Sunday Inquiry by the British Government.