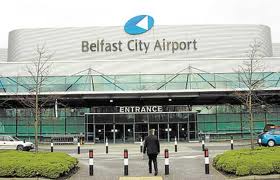 PASSENGERS heading out of Belfast International Aiport and the George Belfast City Airport are facing flight delays on Saturday.

Some flights have been cancelled because of a computer fault at the National Air Traffic Control Service’s (NATS) Swanwick Centre in Hampshire.

NATS said it has been unable to say exactly how long it will take to resolve the problem which was causing a “difficulty switching from night time to daytime operation”.

The advice from both NI airports said passengers due to fly on Saturday should check with their airline before travelling to the airport.

Ryanair has warned there will be “significant flight delays and possible cancellations”.

British Airways said the technical problems had already led to flight cancellations and warned that they “will cause delays to some flights”.