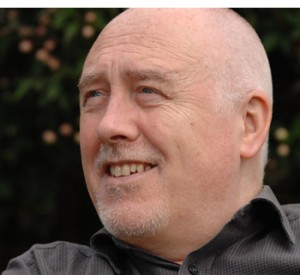 Danny Morrison takes a swipe at SDLP leader over Twitter

It follows remarks on Twitter by the south Belfast MP over the death on Thursday night of Nelson Mandela aged 95.

Dr McDonnell tweeted: “The world has lost a great champion for the rights of the oppressed, an advocate for those without a voice. Rest in Peace.”

He added: “Nelson Mandela bestrode the world like a colossus. He was one of the greatest men of the 20th century.”

However, Danny Morrison, who was one time head of Sinn Fein’s publicity machine, accused Dr McDonnell of political “apartheid”.

The row relates to an Assembly vote earlier this year which banned anyone with a serious criminal or terrorist conviction of acting as a special advisor (SPAD) to a minister in the Stormont Executive.

The legislation has been called ‘Ann’s Law’ after Ann Travers, the daughter of the late magistrate Tom Travers.

Ms Travers was outraged to discover that the convicted IRA killer Mary McArdle had got a job as a SPAD to Culture Minister Cara Ni Chuilin.

McArdle had been convicted of her part in the murder of Ms Travers sister Mary as she left a Catholic Church with her mum and dad.

Paul Kavanagh, who was a SPAD to deputy first minister Martin McGuinness, lost this post as a result of the introduction of the legislation.