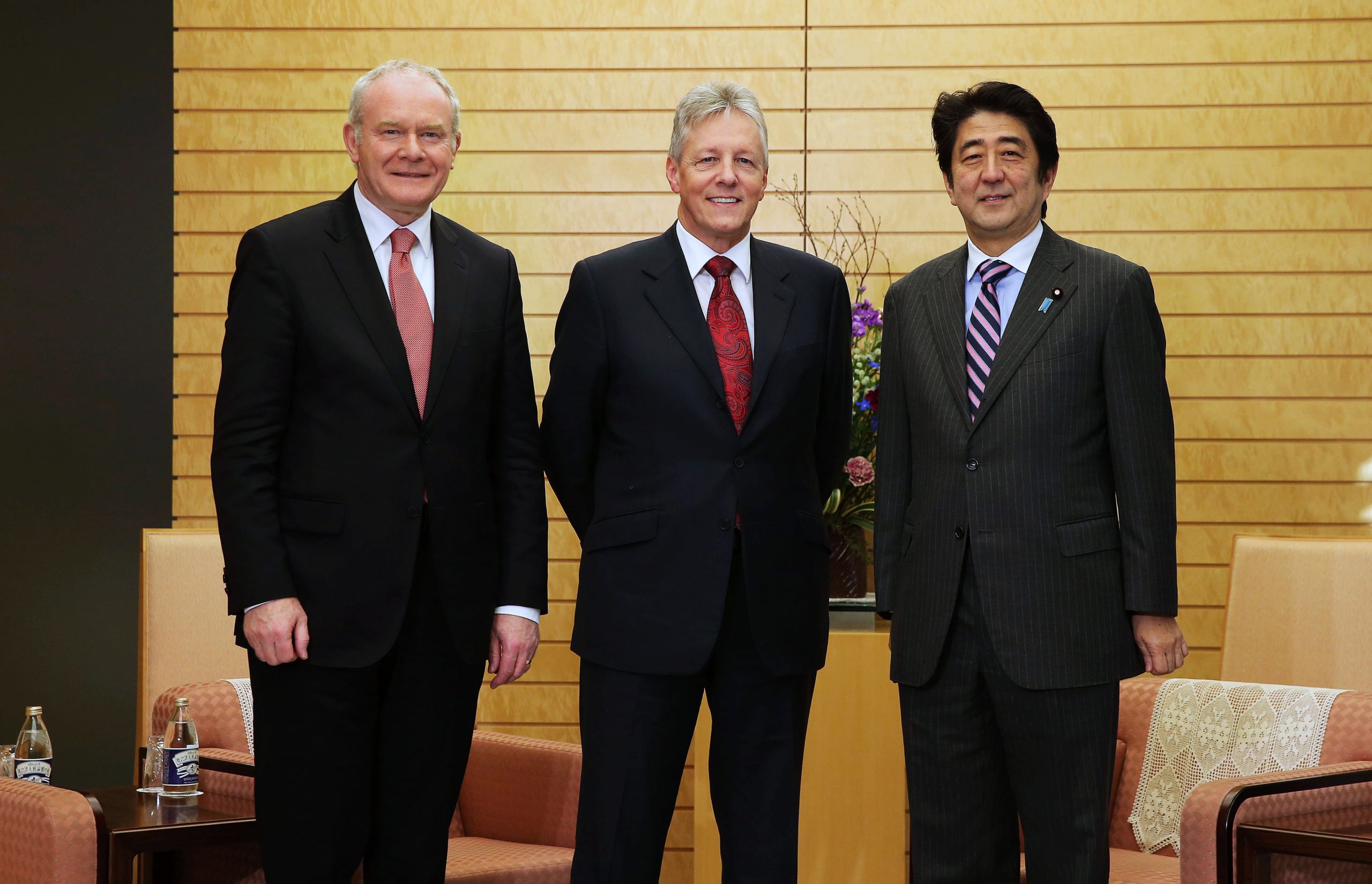 The four-day visit follows an invitation extended to the Ministers during the G8 Summit by Japanese Prime Minister Abe.

During the visit the First Minister and deputy First Minister will meet with political representatives to promote trade, investment and tourism, as well as hold a number of meetings with existing and potential investors.

Peter Robinson and Martin McGuinness are pictured meeting Prime Minister Abe at his office in Tokyo.