BRRRR….SNOW ON THE WAY FOR NORTHERN IRELAND 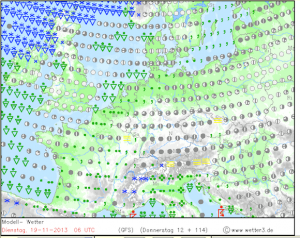 GET the fire on – snow is on its way for Northern Ireland next week, according to forecasters.

Weathermen say winds from the north will bring a dusting of white snow to parts of the province on Tuesday or Wednesday.

The amount of snow which we can expect isn’t clear just yet.

“Wednesday could be even colder with significant snowfalls developing in parts of the inland north and on higher ground elsewhere, highs only 2-5 C after morning lows near -3 to -1 C.

“It remains quite uncertain how cold it may actually get mid-week and also how long that degree of cold might then last.

“The average of all guidance would suggest some potential for snow by about Wednesday, and a very gradual warming trend thereafter.”