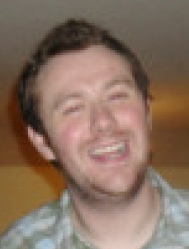 Richard Quigley (27), had to undergo life-saving surgery following the incident which took place in Bangkok, Thailand on Thursday, October 24.

Richard had been working as barman in the Thai capital for three years.

While Richard’s social security contributions in Thailand covered his general medical expenses, they did not cover emergency treatment.

It was estimated the operation he underwent to save his life cost in the region of £6,000.

Following the news, a number of fundraising events were held in Derry, the largest of which was held in Da Vinci’s which raised £7,000.

Richard’s elder brother, Stephen, has been with him since flying to Bangkok three days after the accident.

He added: “He is getting stronger every day and we are so happy with how far he has come.

!Again, we cannot thank all of you enough as none of this would’ve been possible without your kind donations, prayers and well wishes.”