LAST ORDERS AND BIDS FOR PUBS AND HOTELS UP FOR SALE 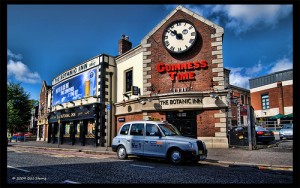 The Botanic Inn was sold to former owner Stephen Magorrian

For today is the final day for bids for five bars and restaurants, along with two hotels, which have been put for sale by the administrators of Botanic Inns Ltd.

The the pub and grub chain run by Stephen Magorrian hit a financial black hole earlier this year.

According to documents, the sale is being handled by “formal tender” and all bids are to be received by Osborne King by today, Friday, September 13, 2013.

However, some could be closed and jobs lost if they can’t be sold at what the administrators believe is their proper market value.