‘SECRET’ TROUBLES DOCUMENTS ON BELFAST MURDERS TO BE HANDED BACK 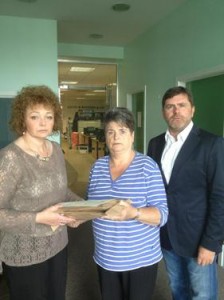 A COURT case into whether ‘secret’ Troubles papers on three murders should have been released has been adjourned for a month.

But in the meantime the families who received the documents into the three people shot dead have been asked to hand back the papers.

The papers at the centre of the court battle relate to three Troubles-related deaths – IRA man Paddy McAdorey killed by the Army in 1971, social work student Michael Donnelly killed by a plastic bullet in 1980, and Sadie Larmour murdered by loyalists in 1979.

The Minister handed them over last Friday to Relatives for Justice campaigners in Belfast.

The decision to release the papers sent alarm bells ringing at PSNI headquarters and at the Northern Ireland Office.

A senior barrister was briefed on their concerns that the documents contained the names of security force members, a claimed denied by Relatives for Justice who said the names had already been removed.

Late on Satuday night, without the presence of a barrister for the families or Caral Ni Chuilin, a High Court judge granted an ex-parte injunction preventing the documents from being made public.

The move sparked a legal dispute with the secretary of state and the chief constable who objected to the publication of the material.

Families given the documents were asked to return them at Belfast High Court.

This was pending the outcome of the ongoing legal dispute over whether the papers should have been released in the first place.

However, to date, all of the documents have not been returned.

Court proceedings have been adjourned until 13 September.

The injunction remains in place stopping the publication of the papers.

The request is also in place for the documents to be returned.

The campaign group Relatives for Justice and the Kevin Winters law firm wanted to see the inquest and trial papers, which were held in the Public Records Office.

On Friday, Ms Ni Chuilin – whose department oversees the Public Records Office – personally handed them over.

But the secretary of state and the chief constable believe the papers should not have been released without the removal of details which they say could identify security force members.