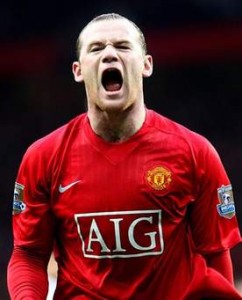 Wayne Rooney is still not for sale, say Man Utd after second bid from Chelsea

MANCHESTER United have turned down an improved offer from Chelsea for striker Wayne Rooney.

The £25 million bid plus-add-ons was made late on Sunday.

However, Old Trafford bosses are adamant the 27-year-old is not for sale.

However, Rooney remains intent on leaving Old Trafford and is considering submitting a formal transfer request.

Despite that the striker is expected travel to Sweden with the squad on Monday for a pre-season friendly against AIK in Stockholm on Tuesday.

Chelsea had an initial bid, of about £20m, turned down by United in July and have again been knocked back, despite upping their offer.

United manager David Moyes has continually stressed that Rooney will stay with the Premier League champions but Chelsea manager Jose Mourinho remains determined to bring him to Stamford Bridge.

Rooney has been left angered and confused by recent messages coming out of Old Trafford, most noticeably the suggestion from Moyes that Robin van Persie is the preferred option up front.

The situation could come to a head later this week with Rooney giving serious thought to handing in a transfer request in order to force a move away from Old Trafford.

In October 2010, Rooney said he wanted to leave the club because of concerns over the strength of their squad, but signed a new five-year contract just days later.

He flew home from Thailand in July with a hamstring injury and has not played for the club since a substitute appearance in the 1-0 defeat by Chelsea on 5 May.

But he is expected to play against AIK and could also be involved in Rio Ferdinand’s testimonial against Seville at Old Trafford on Friday.