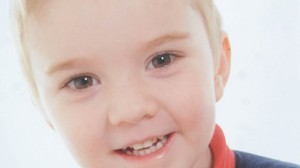 A joint health and safety and police investigation is underway on Tuesday evening after a ten-year-old boy died in a tragic farming accident.