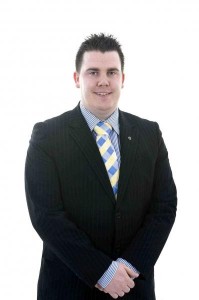 THE Assembly’s standards watchdog is to investigate a Sinn Fein MLA over an offensive remark on Twitter about the birth of the royal baby.

The move has been welcomed by Traditional Unionist Voice leader Jim Allister, who made the complaint.

Last week, Mr Flanagan apologised after retweeting an offensive tweet of a sexually explicit nature to his followers on Twitter.

It concerned the royal birth and the Duke and Duchess of Cambridge.

The TUV leader said it was crude and offensive and claimed it was a breach of the code of conduct by which all MLAs are bound.

He formally complained to the Assembly Commissioner for Standards, Douglas Bain.

He has now received a reply from Mr Bain saying he is satisfied the complaint meets the criteria set out in assembly rules.

However, last week he issued a statement of apology to his local Impartial Reporter newspaper.